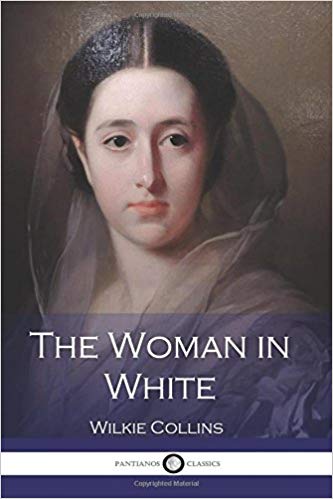 First published serially between 1859 and 1860, “The Woman in White” is Wilkie Collins’s epistolary novel that tells the tale of Walter Hartright, who encounters a woman all dressed in white on a moonlit road in Hampstead. Hartright helps the woman to find her way back to London. The woman warns him against an unnamed baronet and after they part he discovers that she may have escaped from an insane asylum. Hartright travels to Cumberland where he takes up a position as the art tutor of Laura Fairlie and her devoted half-sister, Marian Halcombe, who are somehow entangled with this mysterious “woman in white”. Wilkie Collins’s fifth published novel, “The Woman in White” is considered one of the earliest examples of the mystery genre, an early work of detective fiction, and one of the finest examples of sensationalist literature. While the novel was a commercial success when first published it was harshly reviewed by critics of the age. Since that time it has come to be regarded as a groundbreaking work of the mystery genre, one of Collins’s best.